I last visited Shuri in 2014, but recent news of its destruction has me thinking about it again.

I last visited Shuri in 2014, but recent news of its destruction has me thinking about it again. Sadly, the damage has been devastating, so in honour of this beautiful World Heritage site, I decided to share some information. 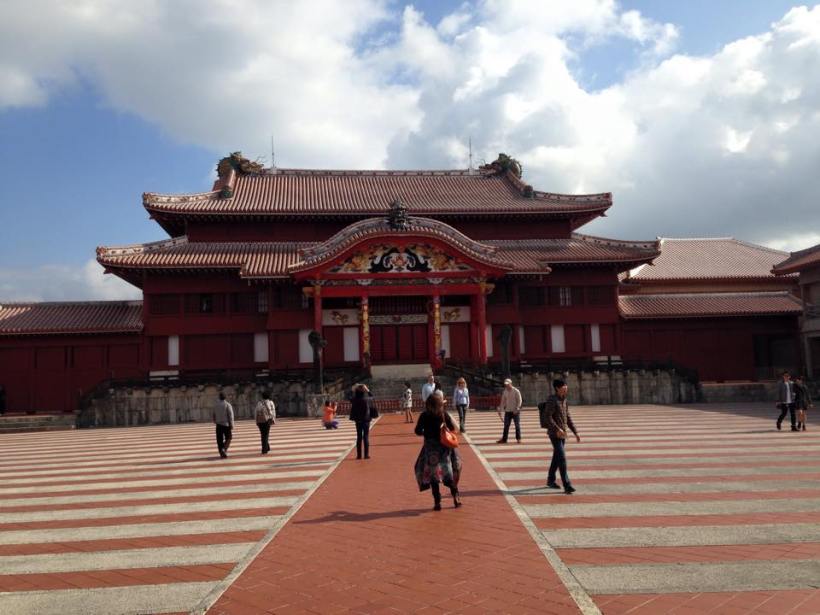 Shuri was once the seat of the Ryukyu Kingdom. The Kingdom was a Monarchical State spanning from 1429 to 1879, a period of 450 years. Heavily influenced by trade links with China, Japan, and Southeast Asia, the Ryukyu Kingdom fostered a wide and fascinating culture. Shuri Castle was the heart of this, a hub for politics, diplomacy, and culture.

Building of the inner ward of the castle was completed in the 15th century, with the outer ward completed in the 16th century. The castle sits atop a small hill, surrounded by walls that snake and curve around it, protecting the various structures within. There are numerous open squares and sacred spaces within the castle grounds. This structure type is not limited to Shuri; it can be seen in the other castle ruins of Okinawa (Nakagusuku, Katsuren, Agena, Urasoe), and it is known as “Gusuku”, an Okinawan term used to mean castles with stone walls.

The Seiden (central hall and main building structure), along with other buildings, was built along the east-west axis, front facing west. This is a distinctive feature unique to Shuri Castle. The long historical exchange with China and Japan is evident throughout, from the structures to the decor. The Seiden in particular is a prominent example.

Shuri was not only the official residence of the Ryukyu King and his family, but also home to the Shuri Royal Government, and served as a core for religious activities. Performance Arts and music flourished behind its walls, with many an artisan honing and displaying their craft.

In 1879, the King was banished from the castle and the Ryukyu Kingdom was annexed. Okinawa Prefecture was officially born, and it became a part of Japan. Later, Shuri was used as a Japanese military post, and it became the home to various schools and other facilities. In the 1930’s, large-scale repair works were carried out, but sadly the castle was completely destroyed during American bombings in 1945 during World War 2. Post war, it became a campus for the University of the Ryukyu’s, but after relocation of the University, restorations to the castle were advanced. The rebuilt castle (1992) is modeled on the 18th century and later version. It was registered as a World Heritage site in December 2000.

There are various structures that make up the castle grounds, here is a brief look at them.

Vicinity of the Seiden.

First, let’s look at the structures surrounding the Seiden.

The fourth gate, also known as Naga Ujo. The style is unique to Shuri Castle.

The lower court. This square leads to the main Una court and served as a waiting area during various rituals.

Sacred worshiping site located in front of the castle wall. According to Ryukyu creation myths, the site was created by a Kami (God). It was 1 of 10 places of worship within the castle grounds.

An Observation point located on the western wall, from which you can see the city of Naha, the port, the Kerama Islands, and the distant horizon.

Located on the south side of Shicha-nu Una lies the largest area on site for religious ceremonies, the Kyo-no Uchi. It is said to be the location of the place of origin of Shuri castle.

The final gate on the path that leads to the Una, the name means “a gate to respect the Gods”.

A gate that connects to the other gates of the Castle, also known as “Yosufichi Ujo”.

A service gate primarily used by women, and also known as “Hokori Ujo”.

Located within the inner ward, it is believed this served as the eastern gate until the construction of Keiseimon. Also known as “Akata Ujo”.

Located at the outer ward, and also known as “Suetsugi Ujo”.

Now, let’s look at the main structures of the castle grounds.

The Shoin sits up front, with the Sasunoma located further back. It served as a waiting room for the prince, and the King’s office.

Private areas for the King and Queen, and waiting rooms for their attendants.

Private quarters for the Royal Family.

Sacred quarters for the King.

An area managed by the women of the castle.

A place for the King to take breaks between duties.

A passage priestesses used to attend to rituals and ceremonies.

The central part of Shuri Castle.

Central administrative agency for the Ryukyu Royal Government. This was the busiest building in the castle. 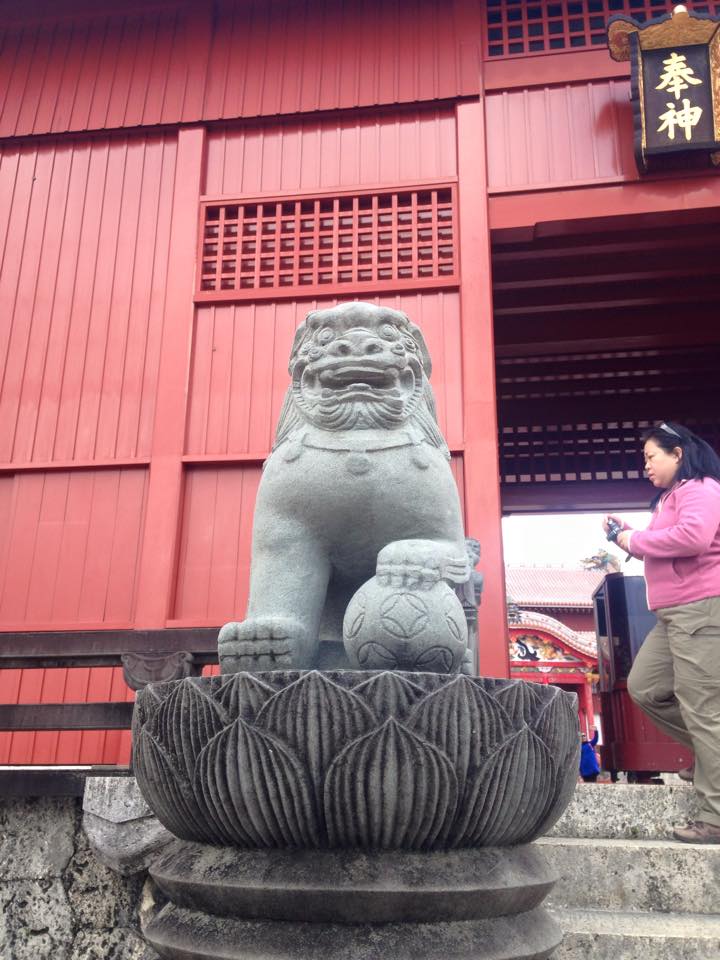 A Shisa stands guard outside the entrance to the Seiden.

It’s a beautiful place. The views from the outer walls are spectacular, and the artifacts and architecture are unique and fascinating.A whole day can be spent wandering its grounds, and still you’d be able to come back again and again, to discover something new.

I am thankful I was able to see it, and sad to learn that it no longer stands as it once did. It’s loss is truly devastating to Okinawa. A large piece of symbolism and history has vanished, and sadly a lot of it will be near impossible to re-create.

One thought on “Shuri Castle, Okinawa”