Taipei is an awesome city in an awesome country. Its one of my favourite cities in the world, and I would move there in a heartbeat. Lets have a look at 5 things I really loved about Taipei. In no particular order:

Hands down, best district in Taipei. It’s one stop away from Taipei Main Station on the MRT, has a slew of shops, restaurants, and convenience stores, a bustling (and in my opinion, best) night market, and a jumping gay district. Stop in one of its many hotels or hostels (Sleepbox is close to the station and the night market and has a ton of affordable rooms), and use it as your jump off to the rest of Taipei. I recommend street food (especially the penis cakes), a foot massage, and checking out the different street artists. 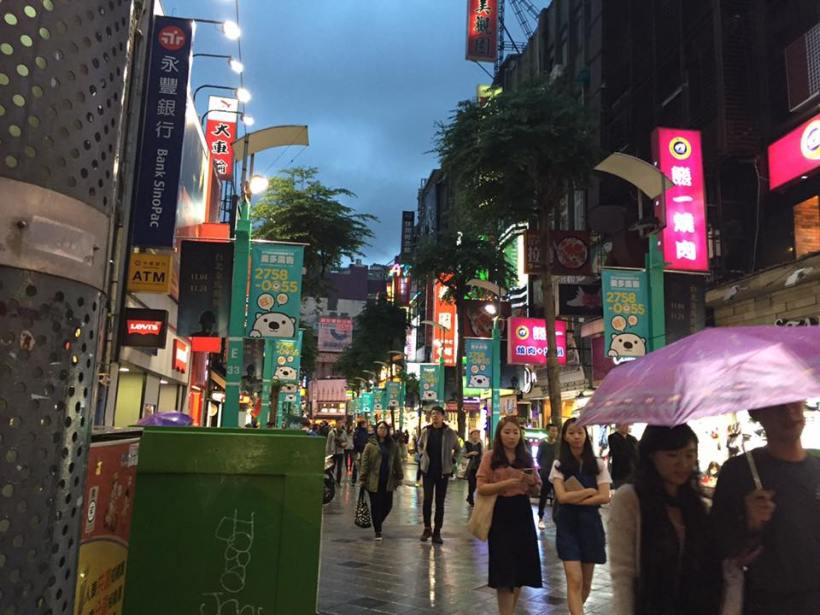 This beautiful Buddhist Temple has its own MRT stop and is super easy to find. It’s a popular tourist spot so expect it to be busy. The architecture is intricate and beautiful, and very similar to that of Chinese Buddhist Temples. Check out the impressive Koi pond and marvel at the greens, reds, and golds adorning every inch. Once you’ve had your fill, check out the locale. There are a few shops and markets; it’s a great place to shop for tea and gifts. 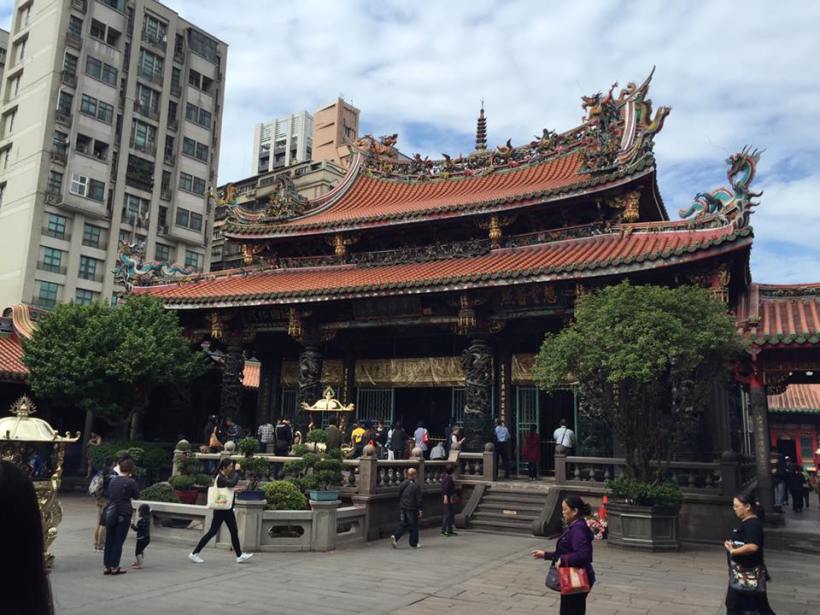 Longshan stands out against its dreary neighbours.

Just a short walk from Taipei Main Station is 228 Peace Memorial Park. It’s nestled in the heart of Taipei, and holds an aura of calm in the hustle and bustle of a large city. The lake in the middle is home to an impressive (but inaccessible) Pagoda, and the park itself is littered with statues, flora, and seating areas. There’s even a climbing frame to wear the kids (or yourselves!) out. Feeling brave? Pop your shoes off and walk along the reflexology path. spoiler alert: it’s painful as fuck. This is a great first stop when you arrive in Taipei. 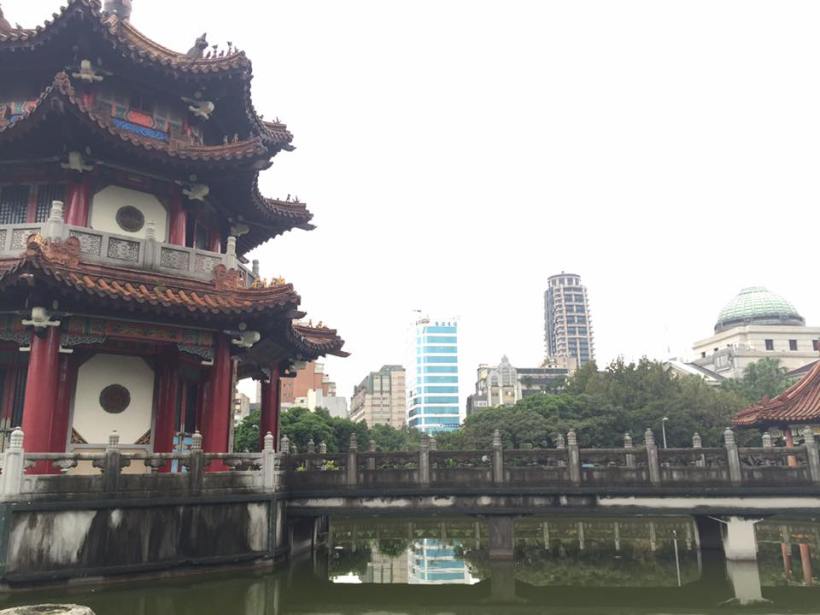 Architecture whore? You are in luck. Taipei 101 is something else. Towering over its neighbours, it’s a glittering and monumental feat of engineering. Go up to the observatory to get the best view of Taipei, or shop its lower floors. It houses restaurants and high end shops, and has its own MRT stop, so is easy to access. Tip: hit the observatory around sunset to get two different views of the skyline. 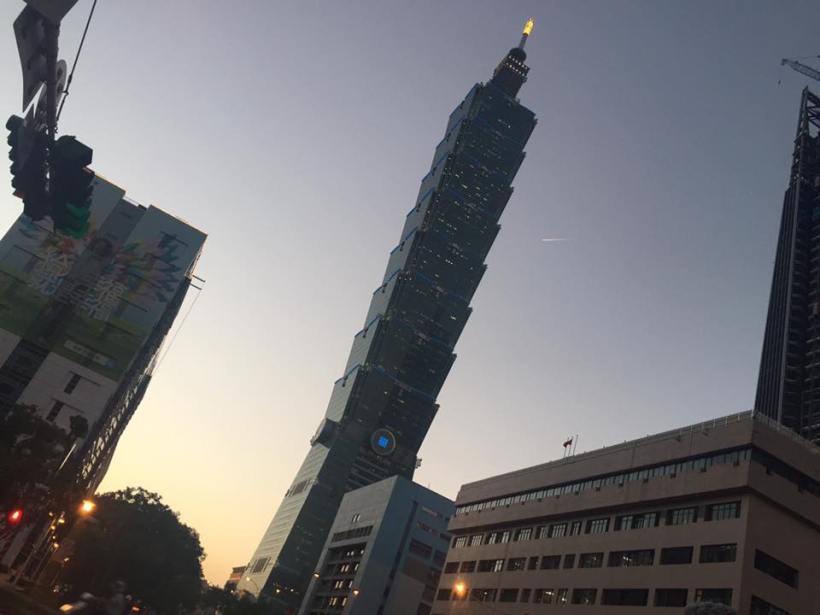 Fascinating from all angles.

It’s still Taipei, but a little further out. Thermal Valley does what it says on the tin. You can either go upmarket in one of the plush hotels and sit in your own private thermal bath, or you can relax with the locals in a communal one. I chose the latter. The baths are mixed gender, you are required to wear bathing suits, and the baths are different temperatures, depending on how deep they are tapped into the natural springs. It’s so relaxing. Beitou is pretty too, so afterwards you can mooch around, eat, and enjoy the serenity. It’s an easy train ride from central Taipei. Tip: take cash, they don’t accept card. 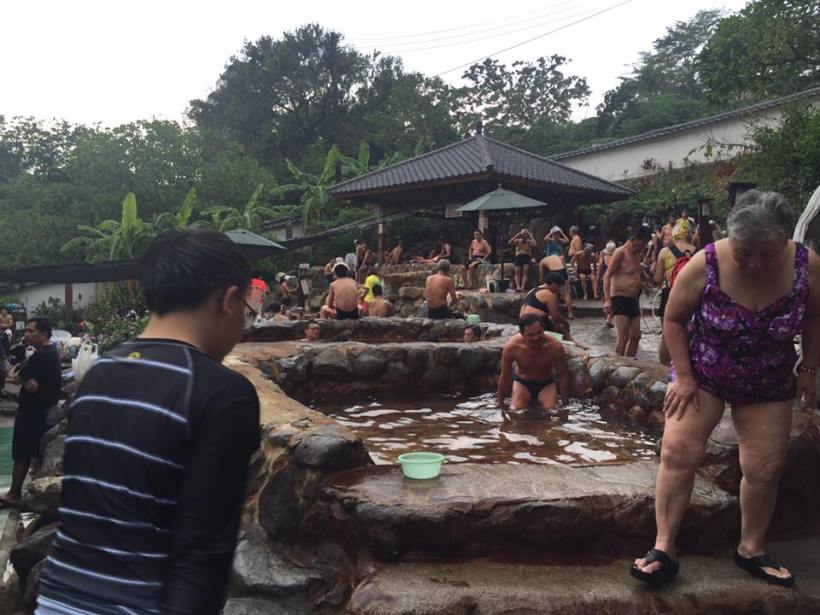 Could you brave the icy cold bath like this gentleman?

Taipei has much more to offer, but these are my ultimate picks. What’s yours? 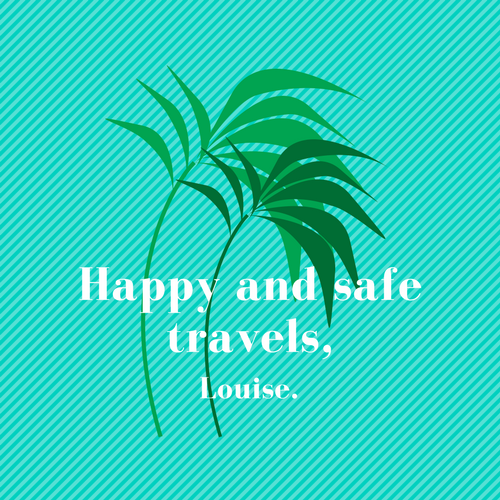